Mad Anthonys will honor Kelly and McKibben at its Red Coat Dinner, sponsored by Frontier, on June 22; its annual charity golf event, sponsored by Lutheran Health Network, will take place June 23. Both events will be held at Fort Wayne Country Club.

“Doug has been a successful business leader and an important part of the Mad Anthonys for many years, and his contributions as an employer, volunteer and leader have had a tremendously positive impact on our community,” said Mike Wallace, president of Mad Anthonys. “At the same time, Coach Kelly has more than proven himself as a coach, leader, father and husband – and his commitment to community support and helping those in need reflects our values at Mad Anthonys perfectly.”

McKibben founded what would become the Glenbrook Automotive Group 40 years ago when he opened Glenbrook Dodge in Fort Wayne in 1978. Today, Glenbrook Automotive Group is one of the largest dealership groups in northern Indiana, with nine new-car dealerships and hundreds of employees. McKibben is a past president of the New Car Dealers Association of Indiana. McKibben has long been a supporter of youth sports in northeast Indiana, including helping found the Lifetime Sports Academy and continuing to serve on its board. In addition, he’s been a longtime supporter of athletic programs for both the University of Saint Francis and Purdue Fort Wayne. He’s been a member of Mad Anthonys for almost 30 years.

“It is incredibly humbling to be named a Red Coat recipient and join such an amazing list of past honorees,” McKibben said. “I’m proud of this organization and the work it does to support our community – this is quite an honor.”

Kelly was named head coach at Notre Dame in 2009 and has compiled a 59-37 record in his seven seasons there. Kelly, a veteran in his 28th season as a collegiate head coach, brings a championship tradition to his ninth year as the 29th head football coach at the University of Notre Dame. Currently the winningest active coach in the NCAA Football Bowl Subdivision, Kelly was the first coach to ever take Notre Dame to a bowl game in each of his first six years at the helm.

Just as prominent as Kelly’s success on the field are his philanthropic efforts off it. In 2007, he and his wife, Pacqui – a multiple-time survivor of breast cancer – founded the Brian Kelly Family Foundation. Renamed the Kelly Cares Foundation in 2009, the organization has raised and donated more than $4 million to causes aligned with the foundation’s vision and mission of support for organizations focused on health, education and community needs.

About the Mad Anthonys

The Mad Anthonys Children’s Hope House provides nearby lodging and support services for the families of children undergoing pediatric and neonatal treatment. Because Fort Wayne has become a health care hub for all of northern Indiana, southern Michigan and western Ohio, this function is critical to the families of children with severe illnesses and conditions. 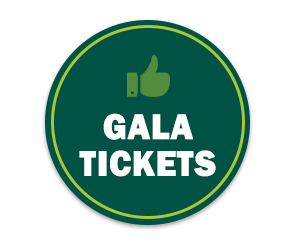